UTI which is a very large organization in the form of making PAN cards in India and mainly in India.PAN cards are issued by only two PAN card companies NSDL and UTI. Recently, UTI is also working in the field of Aadhaar card, as a result of which Aadhar Seva Kendra Registration has also started.

So UTI is opening Aadhar Center in some states and Aadhar Seva Kendra Registration in many states Will also be opened. UIDAI has started the Aadhaar Enrollment and Update Center in a few selected states where citizens can avail themselves of all the services related to the Aadhaar card.

At present, the following services are provided to the citizens under the Aadhar Center by the UTI.

If you want to get information about Aadhaar Service Center opened by UTI near you, then follow the procedure given below carefully.

First of all, you have to go to the official website of UTI, click here to go.
As soon as you go to the website, its Home Page will open in front of you, as you can see below.

Currently, Aadhaar service centers are being opened only by UTI in their state and district offices, it has not been directed to open for common citizens or Aadhaar operators or supervisors. If such instructions are given in the future, then you can apply for Aadhar Seva Kendra Registration after having the following qualifications and eligibility.

HOW TO OPEN AADHAR SEVA KENDRA WITH UTI

In such a situation, if you are an Aadhaar Operator or Supervisor or you are a Village Level Entrepreneur (VLE), then you will have to wait for some time, maybe in the future, an Aadhaar center will be provided to the people by the UTI, just like the PAN card center. And be allowed to open Aadhar Seva Kendra Registration.

Note: – No official statement has been made by the UTI on the opening of the Aadhar Center right now, nor has the UTI Aadhaar Card Agency like UTI Pan Card Agency passed the permission to be distributed to the general public, if so If a person or a company asks for money in the name of opening Aadhar Seva Kendra Registration, then you do not pay them.

Note: – To open UTI Aadhar Seva Kendra or to get Bank Permanent Aadhaar Center, if someone asks for money from you, then you do not pay. Otherwise, you can be a victim of fraud, there are many such people and many active groups on Facebook who take money from you and cheat you in the name of providing Aadhaar Center, so be careful.

If you want to open UTI Aadhar Seva Kendra, you can get the information by calling the official helpline number of UTI otherwise you can also contact UTI’s help tax email.

Q 2. How to search for your nearest Aadhaar service center?
If you want to search for an Aadhar service center near you, then you can use the option of Locate Nearest Aadhar Center and Aadhar Seva Kendra by visiting the official website of UIDAI, if you search for UTI Aadhar Seva Kendra near you. If you want, you have to go to the official website of UTI and use the option of Locate Aadhaar Center in the section of For Aadhaar.

Q 4. How to open UTI AADHAR SEVA KENDRA?
At present, AadharSeva Kendra is being opened only in the state and district offices of UTI, so if you want to open UTI Aadhaar Seva Kendra, then you have to wait for some time otherwise you can contact the UTI officer and get further information Huh.

Q 5. Is it right to pay for opening Aadhaar Seva Kendra?
If you are asked for money to open an Aadhaar Seva Kendra by a particular person, then you should not give money to them, because in the past, a lot of incidents have come up in which illegal collection was done in the name of opening Aadhar Seva Kendra Frauded with people. Note: – If a company asks for money from you, then first you get all the information of the company and see whether the Aadhaar center has been given by them to someplace or some person after confirming it completely. Only you pay.

Note: – So in this article today, we gave you almost all the information related to Aadhar Seva Kendra registration and UTI Aadhar Seva Kendra, if you still want to ask something, then you can ask through the comment, our team will reply to you Will be done. 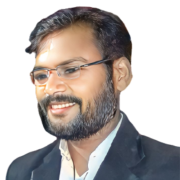 I am a Professional Blogger, CSC VLE as well as a Digital Marketer and Freelancer. I have only one intention to make this website that all the CSC VLEs of whole India who are having difficulty in working, can solve their problem with the help of this platform.

How To Open Aadhar Update Center From CSC 2021 In Hindi